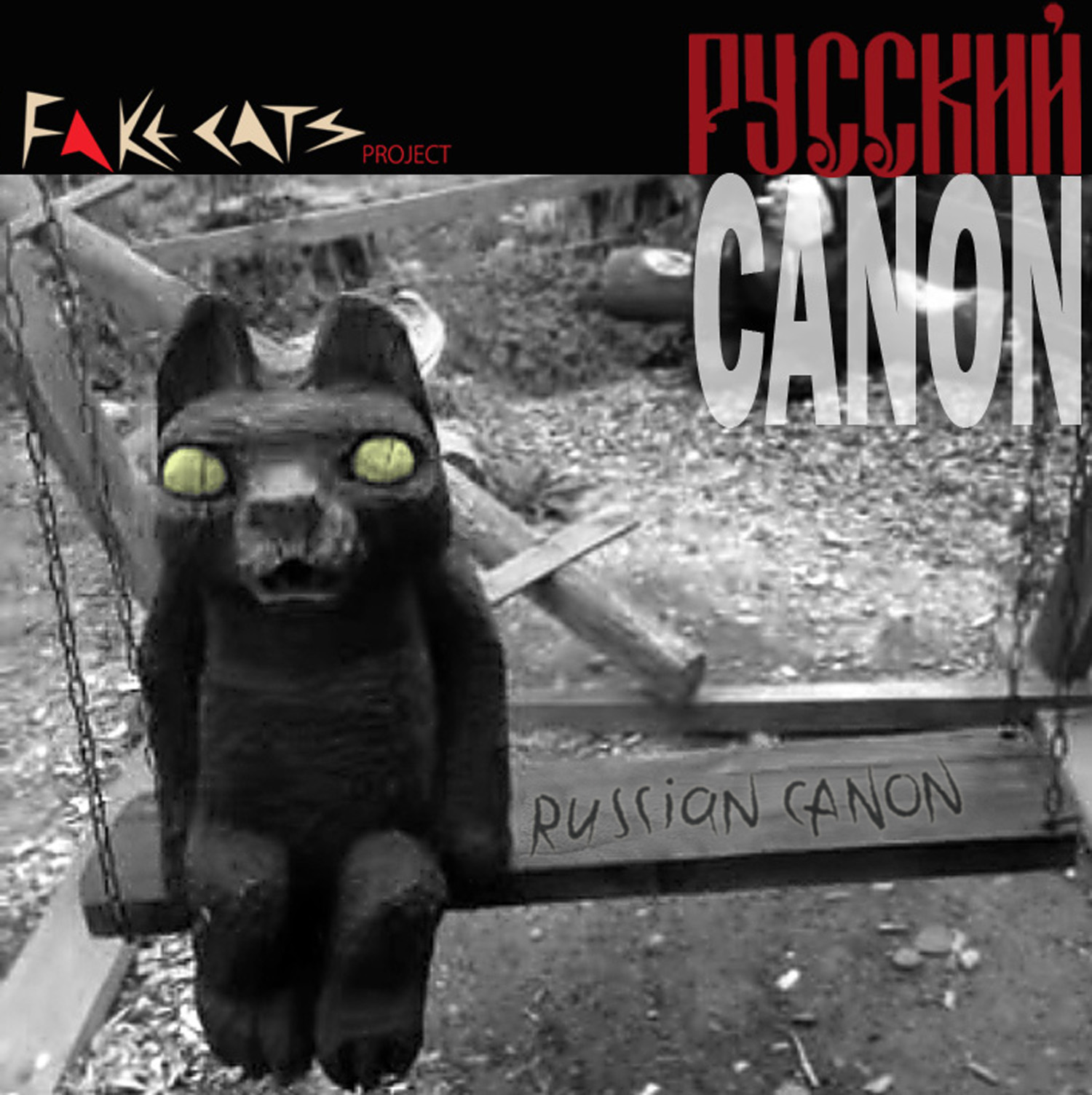 Information:
Experimental Rock music band Fake Cats Project from Moscow / Russia was founded by Kirill Makushin,
Igor Levshin and Alexei Borisov in January 2015.
Russian Canon is the first CD of the Moscow based Fake Cats Project. The title certainly doesnt mean our seventeen pieces form the Russian Canon, rather we are in search of it.
We try to avoid Russian cliches, but sometimes play with them. There are no folk songs accompanied by bayan (the Russian Accordion) though you will hear Kiriill Makushin playing bayan. We dont play typical Russian rock, though Alexey Borisov is a luminary of Russian rock himself, of the bands Nochnoi Prospect and Tsentr. This is not an album of the Russian intelligentsia, singing their sad, simple songs around the kitchen table, though some fragments were recorded by Igor Levshin in Alexeys kitchen.
Our Russian Canon is not confined to national culture: we use the Turkish saz and Latin percussion. Our electric guitars certainly do not originate from Russia, and Konstantin Sukhans trumpet is more akin to Free Jazz rather than any Russian tradition.
Any overlaps with industrial music or krautrock are sometimes coincidental and sometimes deliberate. Since there is a Russian tradition of fierce speculation on philosophy or revolution at the kitchen table, we use for our sound not cast iron rails, but a buffet filled with utensils, bottles, glasses and a trash bin. Weve also added the creaks of rusty swings, screams, laughter and the songs of ordinary people in the Moscow streets. We include both the sane and insane, because no Russian Canon can go without a touch of insanity.